Only one week after the huge win over arch rival Michigan, Michigan State fell victim to the Big 10 Giant killer….the Boilermakers of Purdue. Iowa was the first victim of Purdue’s magic season falling at home in Iowa City 24-7 on October 16. Purdue, now 6-3 on the season became Bowl eligible with the win.

Around the Nation: North Carolina outscored previously undefeated Wake Forest 58-55 in an offensive slug fest in Chapel Hill. Cincinnati’s dream season almost went up in smoke as the Bearcats survived a tense final few seconds in a 28-20 win over Tulsa. SMU dropped it’s second game in a row with a 28-25 thrilling loss at Memphis. Ohio State managed a 26-17 win over an inspired Nebraska squad in Lincoln while Michigan was bouncing back with a 29-7 win over Indiana. The Ohio State/Michigan game is shaping up to be a very important game, not only in the Big 10, but nationally. Don’t look now but very quietly Oklahoma State is creeping up to perhaps be the best team in the Big 12. While the Sooners took the day off the Cowboys traveled to Morgantown to face a good West Virginia squad and promptly took care of business 24-3 in dominant fashion. Bedlam is looming pretty large. Embattled TCU, facing an opponent without Gary Patterson for the first time since 2000, rose to the challenge and surprised Baylor 30-28. Were the Bears looking ahead to the Sooners? The Roadrunners are 2021’s Cinderella Squad. Texas-San Antonio went on the road and beat Texas-El Paso 44-23 moving to 9-0 on the season. LSU put up quite a struggle but fell in Tuscaloosa to the Tide 20-14 while Texas A&M was putting Auburn away in College Station 20-3. Josh Heupel is doing an amazing job at Tennessee. The Volunteers are now only one win away from being bowl eligible after traveling to Lexington and squeezing out a 45-42 win over the Wildcats…..and surprise surprise, the Razorbacks will be going bowling too. Arkansas, the turn around team of 2021 is now 6-3 after a 31-28 win over Mississippi State.  Watch for the week 12 Projections late Tuesday. 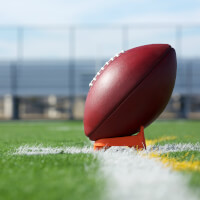