Just when it seemed like Texas had turned a corner in their program with a 6-1 record and Top Ten National Ranking, (which included a major win over their arch rival Sooners), Oklahoma State ambushed the Longhorns 38-35 Saturday night, throwing the Big 12 Conference race up for grabs. Oklahoma, West Virginia and Texas, all sport 4-1 conference records and the Mountaineers have yet to play the Sooners and Longhorns. Iowa State and Texas Tech are not far behind with 3-2 conference records. The Cyclones scored a big win Saturday, outlasting the Red Raiders 40-31 in Ames. Texas outscored Oklahoma State 21-7 in the second half, but the 31-14 halftime deficit was just too much to overcome as the Longhorn defense simply could not stop Cowboy QB Taylor Cornelius on the lone second half touchdown drive for Oklahoma State. Around the Nation: Clemson blasted Florida State in Tallahassee 59-10, dealing the Seminoles their worst defeat since a 1973 loss at Florida, also by 49 points. Houston ended South Florida's hope for an undefeated season as the Cougars outscored the Bulls 57-36. Northwestern seized control of the Big Ten West Division race with a huge 31-17 win over Wisconsin. Colorado had a second half meltdown against the visiting Beavers. The Buffaloes led 31-3 at the half but Oregon State stormed back in the second half to tie the score 34-34 and went on to win in overtime 41-34. Georgia pulled away in the second half to fry the Gators 36-17 in Jacksonville and finally, Kentucky scored a touchdown on an untimed down, the last play of the game to top Missouri 15-14. The surprising Wildcats host Georgia next week in what may determine the SEC East Division title. The Nation now awaits the game of the season ( so far ) as Alabama travels to Baton Rouge to tangle with the Tigers of LSU. The Quack Attack is Back! Oregon Tops Washington 30-27 in OT Thriller 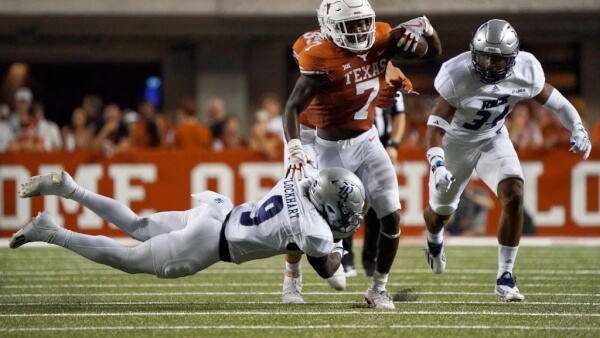