One down, one to go…..that what Louisville has on tap in the race for the ACC Atlantic Division crown. After demolishing Florida State at home two weeks ago, the Cardinals have Clemson set in their sites in a quest for a possible nod in the college football playoff. Beating the Seminoles was a shocker for sure, and this time, the task won’t be nearly as simple. Playing in Death Valley, against a very well prepared Tiger team will require their best effort of the season. This is a tough, tough game to predict. Both offenses will be difficult to stop so more than likely we’re in for an ultra high scoring affair. I just can’t believe Clemson cannot outscore Louisville at home. Clemson 42 Louisville 39. Tennessee at Georgia – The Volunteers finally beat Florida, but until they woke up in the second half Tennessee did not look like an SEC East contender at all. Can they keep the spark going? Traveling to Athens is going to tell the tale for this Volunteer team. Are they still celebrating the win over the Gators? Is Georgia really as bad as they looked against Ole Miss? We’ll find out Saturday. My guess is the Dawgs will play their best game of the season but it just may not be enough. Tennessee 21 Georgia 20. Texas at Oklahoma State – It’s do or die for both of these teams, both of whom have a legitimate shot at the Big 12 title….not that winning this conference title means a lot this year. Wait….did I really say that? The Cowboys just couldn’t put it together in Waco last week, and the Longhorns had a week off to prepare. Normally I would be giving the edge to Texas because of that, even on the road, but Oklahoma State just loves beating the Horns, almost as much as beating the Sooners and that’s saying a lot. Home field advantage may be just the edge the Cowboys need. Oklahoma State 35 Texas 31. Oklahoma at TCU – Before the season started this game was my pick for deciding the conference title, it probably still is. In spite of being 1-2 you have to look at the two teams Oklahoma lost to, #5 Houston and #4 Ohio State. Of course, TCU’s one loss is to Arkansas in overtime…..that’s not too shabby either. Really hard to pick this game, but if the Razorbacks can score points on the TCU defense, I think the Sooners can too. Oklahoma 28 TCU 24. Stanford at Washington – This may be the game of the season in the PAC 12 as it appears these are the best two teams in the entire league. Both teams pulled off big road wins last week, Stanford at UCLA and Washington at Arizona. I believe in what Chris Petersen is accomplishing with the Huskies…..and this may just be the game that finally pulls it all together for a great season in Seattle. Washington 35 Stanford 28. For all this weeks projections follow: Billingsley Billingsley+ (MOV)
Richard Billingsley 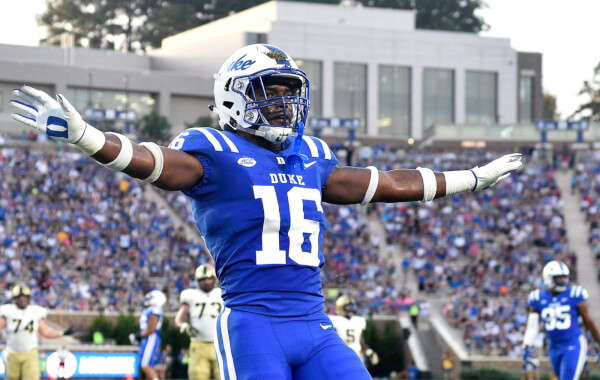