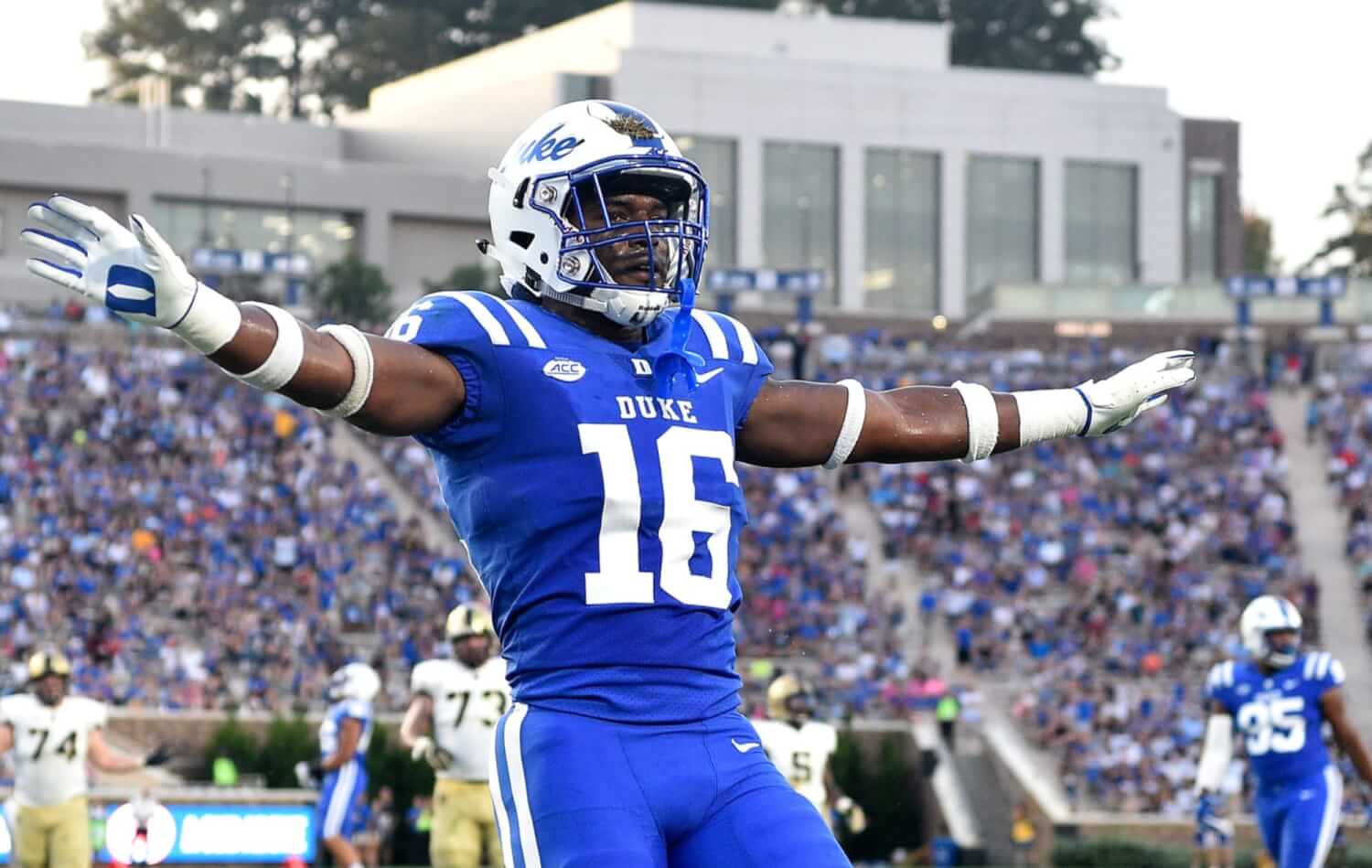 In what has to be one of the greatest wins in Blue Devil history, Duke, a 21 point underdog, outlasted the Irish 38-35 under the watchful eye of Touchdown Jesus late Saturday afternoon. Duke has made great strides under David Cutcliff, including four straight Bowl Games, and this huge win over the Irish in South Bend will certainly help in Blue Devil recruiting. And that was not the only surprise. A very improved Colorado Buffalo team topped Oregon in their own backyard, downing the Ducks 41-38 in one of the most difficult venues to win in….Autzen Stadium. Both games marked what could amount to program changing wins. Around the country, Wisconsin demolished Michigan State 30-6 in East Lansing to set up future showdowns with Michigan and Ohio State. The Badgers travel to the Big House to face Michigan this upcoming Saturday. Stanford survived at UCLA 22-13 and now faces another huge challenge traveling to undefeated Washington Friday night. Utah and Arizona State both posted wins to remain among the Pac 12’s unbeaten. Tennessee was all but left for dead in the first half against the Gators, looking inept and trailing 21-3, but the Vols came to life in the second half, much to the delight of Rocky Top fans, and The Volunteers snapped the 11 game losing streak posting a 38-28 win. Texas A&M continues an amazing run over quality opposition, having already posted a big wins over UCLA and Auburn, the Aggies looked impressive in dismantling undefeated Arkansas 45-24 late Saturday night. Texas A&M has certainly positioned themselves well for a run at the SEC West title. And in a very controversial ending, Auburn beat LSU 18-13 after the scoreboard had already registered an LSU win 19-18. Replay correctly showed LSU did not get the final play off in time (which registered a touchdown). So, the score was reversed and Auburn survived. Alabama remains solidly on top of this week’s Billingsley Report, with Wisconsin and Stanford both jumping idle Ohio State in this week’s rankings. Houston remains as one of the Nation’s elite coming in at #5. Stay tuned for Week #6 projections coming Wednesday.
Richard Billingsley