With week 1 rankings still outstanding because of tonight’s Louisville/Miami (Fla.) game it’s impossible to know for sure where every team will fall exactly, but a preliminary run is showing some big movement in the Top 25. Keeping in mind that margin of victory is not included in the Billingsley Report calculations, Florida State will probably hold onto the #1 rating in spite of the fact the 6 point victory was below expectations. In light of what happened across the nation I think surviving with even with a one point win would be celebrated mightily by any fan base today. Just ask South Carolina. Texas A&M routing the Gamecocks was one of the biggest surprises of opening weekend. To me, it was not so much that A&M won, it’s that the Aggies dominated from the first play to the last. I came away with a big question mark about South Carolina. Were the Gamecocks just not prepared, or do they just not have the skill players I thought they did? One thing is for sure, they don’t have a lot of time to regroup. They have a very good East Carolina team coming to visit Saturday night and a very hot Georgia team the week after. The Aggie win over South Carolina was not the biggest weekend shocker for me though, that’s reserved for UTSA’s 27-7 domination of Houston. Larry Coker has done an amazing job bringing this program forward so quickly. The Roadrunners host Arizona Thursday night. A win there and watch out, this UTSA team could be headed for a major bowl, and I’m talking New Year’s Six folks. Biggest moves in the Top 25 will probably go to LSU, Texas A&M, and Georgia, based on the quality of the opponents they played. LSU’s comeback over Wisconsin was stunning. It was like watching two different games. At first LSU couldn’t do anything right on offense or defense, then midway through the 3rd quarter momentum swings, the Tigers catch fire and can’t do anything wrong. It was a tough loss for the Badgers, but I still expect Wisconsin to land in the Top 25. One early non-conference loss to a highly ranked team will not completely destroy their season. Speaking of comebacks, what about North Carolina State’s home 24-23 win over 23 point underdog Georgia Southern? After trailing 17-3 at the half the Wolfpack scored 14 points in the 4th quarter to secure the win. Every week I am reminded of how deceiving scores can be. Ole Miss is a good example this week. A 35-13 win over Boise State looks very impressive, but the Rebels have a long way to go offensively to maneuver their way through the SEC West schedule. But the Ole Miss schedule is kind this week. Mississippi travels to Nashville to face Vandy Saturday. Have the Commodores fallen off as much as it appears? That 37-7 home loss to Temple was shocking. Coaches have always said the biggest improvement in a season comes between week one and two. If that’s the case, it’s good news for some perceived Top 25 powerhouses that obviously still have a lot of work to do. The first week’s rankings will be posted around Noon CT tomorrow (Tuesday), and the week 2 preview should be posted by Wednesday afternoon.
Richard Billingsley 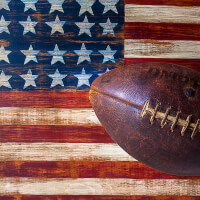