Richard Billingsley projects the TCU Horned Frogs to win it all in 2015. All things considered, coaching, returning starters, scheduling, and perhaps most importantly, motivation, TCU is picked to win the National Championship in a showdown with Ohio State. The Buckeyes will finish ranked ahead of TCU in the final regular season rankings, but Billingsley cites TCU’s overall hunger for a title that has eluded them since the AP bestowed a National Championship on the 1938 Horned Frog team as the deciding factor. Michigan State and Florida State are projected to join Ohio State and TCU in the 2015 College Football Playoff as the #3 and #4 teams respectively. The Spartans only loss on the season is projected at Ohio State. The Seminoles are projected to lose at Georgia Tech in the regular season but win in a rematch with the Yellow Jackets to win the ACC title. Auburn, Boise State and Baylor will be nipping on the heels of Florida State for the final playoff spot but in the end Billingsley believes the Seminoles will prevail. Once again the schedule strength may plague Baylor. The Bears are projected to lose only at TCU, but play a schedule ranked #57, almost identical to the final regular season schedule strength of 2014 (#59). Although projected to go undefeated, Boise State’s schedule will also be a factor. The Broncos are projected to play a schedule ranked #77 in the nation compared to the Seminoles #45. An undefeated Boise State would most certainly be in contention for the playoff, but it’s unlikely they would get the nod over Florida State or Auburn. The Broncos greatest hope for gaining that coveted #4 spot is for Washington and Brigham Young to have exceptional seasons, and the Mountain West conference overall, (but particularly fellow conference contenders Air Force, Nevada, Colorado State, Utah State and San Diego State) to have great success in their non-conference schedules. That scenario would significantly boost Boise State’s strength of schedule in the eyes of the selection committee along side public outcry for playoff inclusion. Auburn on the other hand is projected to play the #1 most difficult schedule in the nation. Unfortunately it may also take a toll on the eventual SEC champion which is projected to finish the season with two losses, one at LSU in September, and at Arkansas in October. The rating margin between #4 Florida State, #5 Auburn and #6 Boise State is razor thin, all projected to finish neck and neck with 319 points, but if these win-loss totals hold true, and taking into consideration the Seminoles would be the ACC champ with only one loss and Auburn the SEC champ with two losses, the nod would most likely go to Florida State. In the coming weeks each conference race will be evaluated and posted, and the official pre-season rankings will be unveiled so stay tuned. In the meantime….let the debate begin!. Projected Final Regular Season Rankings Projected 2015 Game by Game Results
Richard Billingsley 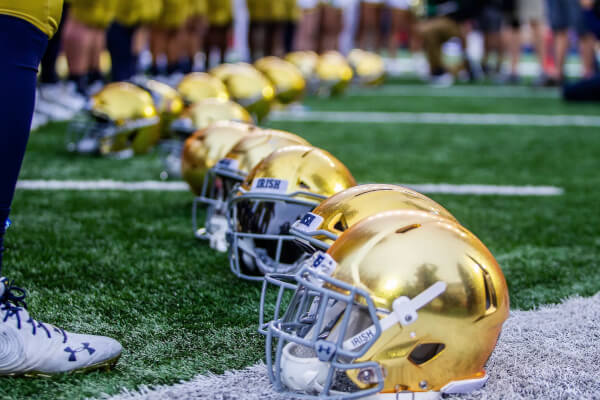